WHO IS JOSH BROWN?

Hi, my name is Josh Brown. I've lived in Brisbane my whole life and love the city.

I actually grew up playing soccer and didn't start playing cricket until I was 13 and fell in love with the sport. I was lucky to have some great coaches through my junior cricket, and I managed to have some success along the way.

In 2019 I had the incredible opportunity to play in the UK, where I had some success. Hit 290 in one innings, scored over 1000 runs in the season and took 43 wickets. The whole trip was terrific, and one day I'd love to go back and do it all again!

I started playing grade cricket in Brisbane when I was 22 and made my way up through the grades to make my first-grade debut for Northern Suburbs District Cricket Club when I was 24. 18 months later, I played 2nd XI for QLD! I'm still chasing the dream of playing at the highest level, and I am currently in Darwin, playing in the Darwin competition and Strike League against some of the best up and coming cricketers in the nation!

There is no cricket bat-making apprenticeship, so I am currently a second-year apprentice signwriter...majoring in making and repairing cricket bats. I love making cricket bats, and together with Rod, we are making 100's bats each year. I've also repaired 1000+ bats so far, and it's fair to say I've seen almost every break in a bat possible!

Other than playing cricket and making and repairing cricket bats, you can find me out fishing or on the golf course. 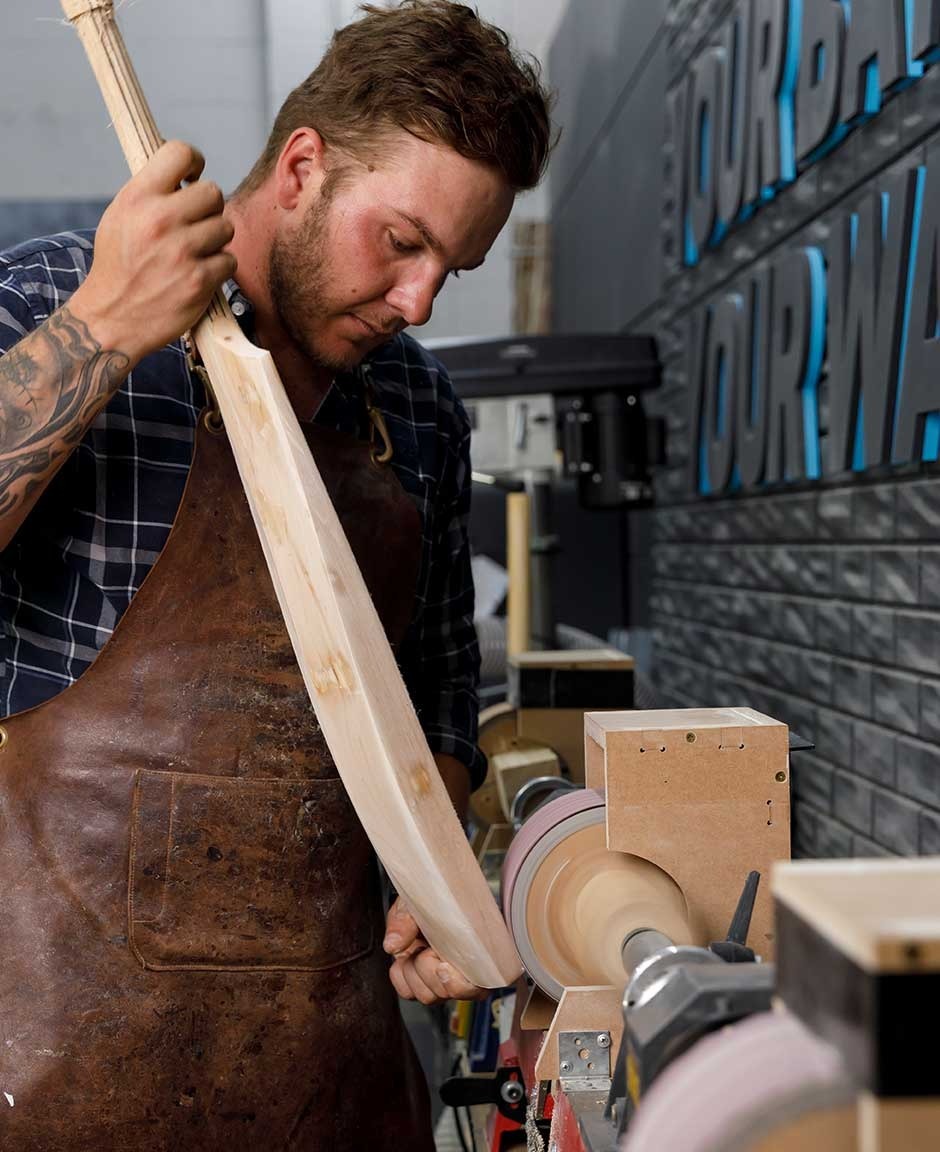 Spaghetti Bolognese...I am also partial to Subway every now and again or a great Uber eats deal!

I have a rather large Hot Wheel collection.

Biting my finger nails. This is a bad habit to have when needing to peel stickers and fibreglass tape off cricket bats!

Star Wars (the whole lot...even the ones that haven't come out yet!)

Josh Brown is, without a doubt, one of the most destructive batsmen in Queensland Premier Cricket.

Playing for Northern Suburbs, alongside Test star Joe Burns and State/Big Bash players Nathan McSweeney, Jack Prestwidge, Cameron Gannon, the big-hitting Aussie has produced some of the most explosive innings in Grade cricket in recent years.

Following a bout of glandular fever that affected his early season, he returned in December 2019 to belt an incredible 168 (from 152 balls including 14 sixes) in the second grade. He was swiftly elevated to the top-flight, where he produced scores of 53 (26 balls with 3 sixes), a record-breaking 108 (36 balls with 12 sixes), and 71 (30 balls with 6 sixes) in his new few innings.

Brown's century against South Brisbane was one of the fastest Premier T20 centuries on record. He brought up his ton from only 34 balls before finishing with 108 from 36 balls, including 12 sixes. What made his innings even more incredible was that he started with 4 dot balls. Brown ended the summer with 715 runs at 44.69, not to mention 10 wickets at 32.80 with his brisk medium pace.

Proven the previous summer was no fluke, Brown was at it again last season (2020/21), hitting a further 778 runs at 33.83 with explosive centuries against Toombul (137 from 110 balls) and Redlands (128 from 57 balls with 14 sixes).
The powerfully built batter, who bowls handy medium pace, is now looking to build on his success to date and push on towards his dream to play Big Bash and T20 cricket globally. He initially aspires to play club cricket in Europe in 2022, following his barnstorming UK stint in 2019.

Playing for Histon, he helped the club to their best finish (2nd) since 2002. He stormed the Cambs and Hunts Division One scoring an incredible 1,171 runs in 18 innings with an average of 78.09, including five centuries, four half-centuries, 96 fours, and 82 sixes. He also took 73 wickets at 16.60, including three five-wicket hauls. His season concluded with a record-breaking 149-ball 290, including 25 sixes and just as many boundaries against March Town.

A high-class prospect who seems destined for higher honours. He would be a serious signing for any club in 2022.

where to from here?

I love all aspects of the cricket bat-making experience, and I'll keep making the best cricket bats I can whilst helping cricketers of all ages and abilities stay on the park with their current cricket bats.

Thanks for taking to time to read through my life! If you would like to get in contact with me, please email josh@coopercricket.com.au

Regular Trading Hours - Monday to Friday 9.30am to 4pm. Saturday 10am to 1pm. Sunday open by appointment only.